This was a trend among posts back in 2018-19 – see Tidelock, Mother Stole Fire and The Home Setting over at The Bogeyman's Cave.  It’s a trend I really liked. It’s a trend I’m now jumping onto, two years late, because relevance be damned. I want to.

Aclas is a combination of the Industrial Revolution, the Roaring Twenties and a bunch of other things. But the aesthetics are steam and art deco. The central tension is Tradition vs. Innovation, I guess, because it’s a good central tension. 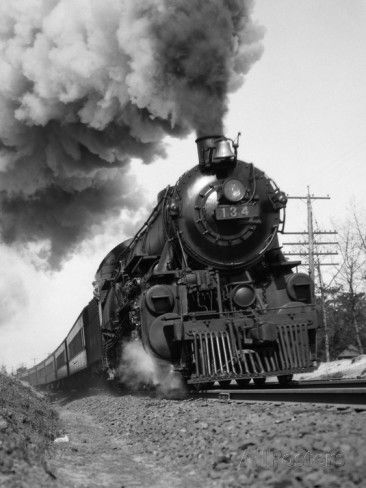 This is probably the central theme. It’s got a couple of dimensions, but the primary one is that Time is always and forever advancing. Even the most powerful magic cannot stall it. It does not advance in any particular direction – there is no goal. Just movement.

Pretty much every place and every NPC has a link to something which is now gone.

The most specific example of this is the Mercurial Wild, a curse of unknown origin which spread across the face of Aclas, which caused land to move unceasingly – forests crawl away, hills rise and fall, oceans sweep through the next day to be replaced by desert. Navigation is nearly impossible, as is settled agricultural society (nomadic peoples are doing relatively fine with the whole thing).

Hundreds of homelands and beautiful places have been chewed up and spit out by the Wilds, as ruins. It was believed the Wilds would destroy the whole world, until the Icon made her Ward – but that’s another story. Everyone’s ancestors came to the Crown to escape the Wild. Everyone’s in the same boat – the History of Aclas is, in a sense, lost. It’s half remembered. Nobody’s history books go back beyond a few thousand years, and it’s unlikely they ever will. 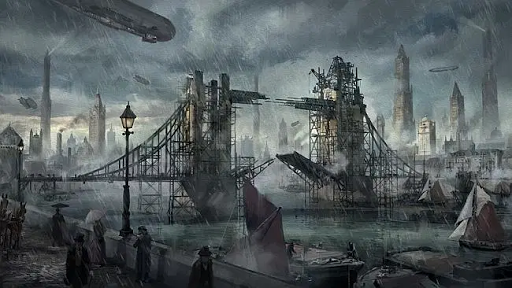 There’s a massive gap in Aclas’ past, and the origins of everything are shrouded in the impenetrable fog of history.

Even the ageless Perpetuals are struck with constant amnesia. They know they’re as old as the world – they just can’t remember anything. If you can restore their memories, maybe the lost past can be recovered? A fool’s errand, sure, but one worth undertaking. 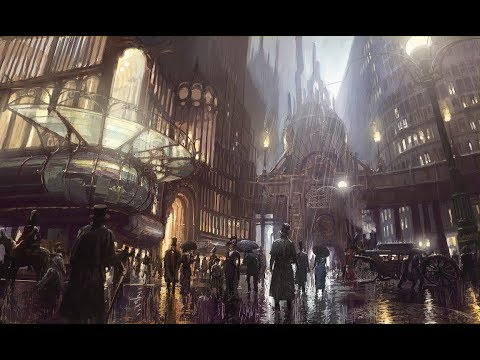 All of the cultures present in the remaining part of Aclas are combined from other cultures. This is explicit. No species, no physical trait is explicitly linked to a single culture. There’s at least 8 ‘Orcish’ cultures, all of which have members you’d probably consider human, elven or dwarven in a different setting.

Geography doesn’t link with appearance. The primary reason for this is because about 75% of the entire planet’s population live in one-sixth of the planet, inside the Ward, because the Wilds ate their homelands.

There are two other reasons, but they’re the two biggest secrets in the campaign. It does have to do with all that missing history, so there’s a hint.

Everyone's one of the Maker's children, and she'd be disappointed if we all didn't get on - the best summation is a line from one of Throne of Salt's excellent posts on Mother Stole Fire:

All peoples are brother and sister. You don't have to like them, (who gets along with everyone all the time?) but they're family. You never turn your back on family, no matter how much they might deserve it. No exceptions.

This one’s connected to the above. But basically, nationalism doesn’t really exist on Aclas. Every state is a construct. Everyone’s an immigrant. Everybody lives next to a staggering variety of people from different cultures and the conditions that breed the ignorant hatred of nationalism pretty much don’t exist. Even the largest states and cultures are made up of a prismatic gleam of hundreds of subcultures.

The Zymani, Nevechi and Surammar city states were once a unified state, The Union. 10 years ago, The Union had a devastating industrialised civil war – the local World War One equivalent, if Aclas is in the Jazz Age.

The city-states are regarded as the most vicious of enemies. Hatred runs deep and the Union will never return.

But, all of the city-states have merchants travelling between them, train lines connecting them – everyone has a relative the next city over, a friend across the continent. The hatred of the construct, of leviathan, does not bleed down to the people, because their neighbours aren’t the ‘Other’, and they love them, even if they do play loud jazz at 4am.


4. Tension Between Nature and Technology

Aclas is overlaid with a Spirit World, full of spirits of the land, of fire and storms - spirits that hate metal, especially silver. Spirits that want to eat Vis and tear up the roads that carve their domains.

To be fair, they're in the right. They were here first. 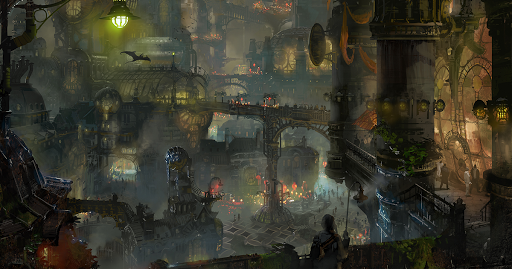 5. Things Change, And Then Change Again

Aclas is a world facing onrushing modernity. Trains, typewriters, automobiles and airships are a thing. Players are likely to witness the invention of the aeroplane. New spells are defined every day. People shape the world around them through invention, understanding, cooperation and simple hard work. Much to the chagrin of the spirits of said world, but they’re a whole other kettle of fish.

This modernity is improving life for many, but it’s also opening up new kinds of inequality and evil across the face of the world.

The primary villains of this world are corporations, arms-manufacturers, war-mongers and capitalists. Sure, there’s dragons and demons and evil spirits and all that, but compared to the industrial war machine they’re small fry.

6. What is Real and True is Not Objective

The Grasp of Reality is Weak, in Aclas.

Shatterings are places where the laws of physics break, for an example.

History is written by the victors and morality is informed by circumstance. There are no absolutes – and there’s an exception to every rule.

The status of the known gods, the Maker and the World Serpent, is up for debate – are they dead? Missing? Among us now in the form of mortals? Their clerics both still produce miracles, so what does that mean? Where do the Celestials and Demons fit in? What about the Spirits? How about those hungry things from beyond time, the Voidlings? What about us? Them? You? Me?

I can tell you now: There isn’t a single Aclan who has it right, and it doesn’t matter either way.