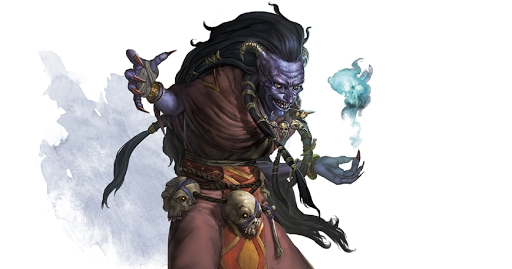 You either are, or were taught by, one of the ancient Night Hags of the Lower Planes.

1.      Learn how much of a creature's natural lifespan is remaining, in years. Circumstance, such as murder, ascension to lichdom, apotheosis, etc. can alter your prediction.

Your hands flare with cyan-black Hellfire. You can exert great heat and pressure with your flaming hands, and can undertake a number of arcane processes, allowing you to:
- Turn wood into coal.
- Turn stone into iron.
- Turn gold into soot.
- Leave indelible, glowing marks with your fingertips.
- Deal [Sum]+[Dice] damage to a creature, with an attack roll, upon which the spell ends.
- Compress a Larva into a Heartstone.

A target that fails a save loses [sum] points from their strength score, becoming sickly and shrivelled. If this reduces their strength to 0, they can’t move at all for the duration of the spell.

You extract [dice] feelings, memories, emotions or ideas from a creature, and bottle them.  An unwilling creature can save. The missing thought, memory, idea, or emotion regrows over [sum] days, unless you used four or more Dice to cast Extract, then it’s permanent. Anyone that drinks the liquid in the bottle will immediately gain that feeling, memory, emotion or idea for [sum] days, or permanently if you used four Dice.

A sleeping creature of your choice is terrorised by screaming nightmares, awakening bruised and bloody. They take [sum]/[dice] damage each night, and gain no benefits from the rest. Creatures killed by this spell suffer a heart attack.

You touch an eyeball, turning it glassy. At any time, you may expend MD to look through any eyeballs you’ve affected with this spell. You can look through up to [dice] eyeballs at once, but must shut your own eyes to do so. This sight lasts for [sum] rounds. The eyeball will never decay if afflicted with this spell, and can be anywhere – in a head or not.

You summon [dice] huge, sleek 1HD Hellhounds with smoking jaws and glowing eyes. They’re perfectly loyal, albeit no more intelligent or talkative than an ordinary dog. Their bites deal 1d6 Damage, and they can perfectly track a creature by scent if you have an item that belonged to that creature. Your Hellhounds are terrifying and vicious with everyone except you – with you, they are friendly and protective.

You summon a chittering mass of [sum] 1HD Hordlings, which boil up from the target area and chitter-chatter around. They’re small, mutable fiends, entirely loyal and quite chatty, but tragically stupid, comically greedy and totally cowardly.

They can accomplish anything that [sum] idiots could accomplish in [dice] days.

One of the Hordlings is their Boss, with 2HD, and [dice] of the following adjectives, your choice:
- Tough, +1 HD

- Flying
- Invisible
- Booming Voice
- Brave, the Boss will actually fight, unlike the other Hordlings.

They say the eldest three Hags, Malagard, Zhelamiss, and Cegilune, each wielded an impossibly heavy longsword made only of beaten black iron. This spell summons an aspect of one such blade by investing MD – the MD do not return until you dismiss the sword.

The blade is ridiculously heavy, except when it is held in your hand, upon which it’s the weight of a normal sword. Use it for anything a very heavy metal weight is useful for.

Furthermore, it’s a magic sword, with +[dice] to hit and damage.

When you dismiss the sword, it explodes into a cloud of rust and flies, and the invested MD return to your pool.

Target creatures become as ghosts, faintly visible but totally unable to interact with the world around them. Unwilling creatures can make a save. Ethereal creatures can move in three dimensions. Being inside an object when the etherealness ends causes you to be shunted to the nearest free space and take damage as if you’d fallen that distance.

For the duration, the target creature is completely surrounded by a buzzing mass of fiendish flies. Unwilling creatures get a save. The cloud of insects also covers anyone adjacent to the creature. Anyone in the cloud that the Hag considers an enemy takes [dice] damage each round they remain in it. Water, a strong breeze, or a particularly loud noise will disperse the flies.

You summon a mercenary Yugoloth of [Dice] HD, who will undertake tasks such as murder, robbery, cleaning, or standing there holding the ingredients while you brew, so long as you can pay it [sum] pieces of gold. The Yugoloth has 2 attacks per round, which each deal 1d6+[Dice] damage.

By expending an MD, you may catch the soul of a dying or recently deceased (within the last minute) creature and trap it in a bag. It is now stored in that bag indefinitely, and remains so until you use it. You can choose to:

A soul bag takes up an inventory slot.

The First Doom of the Hag: Dally Not with Hell
For the next 24 hours, all fiends, including your Hellhounds, Hordlings and Yugoloth, are hostile to you.

The Second Doom of the Hag: Blood Boils Up from The Pit
For the next week, all fiends, including your Hellhounds, Hordlings and Yugoloth, are hostile to you. At the end of the week, a 6HD Nycaloth comes and attempts to drag you back to Hades to face trial in front of an unknown master.

The Third Doom of the Hag: Just Rewards
Fiends are all permanently hostile to you. Very soon, a 12HD Baernaloth will come to drag you to Hades for meddling in powers beyond your ken.

You can avert your final doom by killing a Baernaloth, or by consuming the heart of an Obyrith, ancient, near extinct paleodemons found the depths of the Abyss.

Inspired by the generatiors of the cursed and ineffable Semiurge. 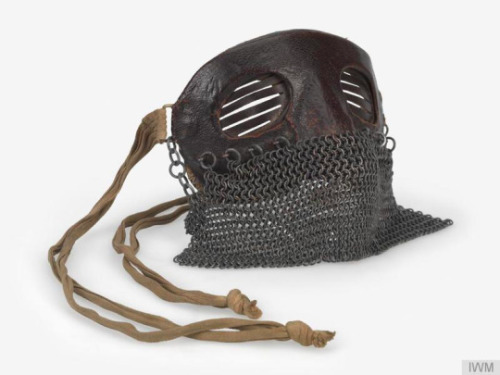 One thing I have wholesale nicked from Eberron is a giant, magic powered WW1 equivalent.

My Warforged equivalent, the Daedali, were around before, but their history is inextricable from the War of the Ruins due to their en-masse conscription, and the building of Daedali factories for Built to Order soldiers.

They were exclusively employed by the Eastern Federation forces (the Nevechi cities) against the Coalition forces (the Zymani and Surammar cities, plus the Nevechi city of Tindav).
A unit of Daedali would be referred to as ‘Automatic Infantry’, in military jargon.
Here’s some Daedali that are still fighting, out in Zymech’s torn and haunted fields. Fighting who? Who knows:

Here's the lists used in the generator: