Death, Souls and the Afterlife

Just a rambling post on metaphysics in my Planescape.

Is much the same.

Legally and metaphysically, death only occurs when the soul leaves the body, and does not return. Then, it travels on towards its final rest.

Undeath is an entirely different matter.

A small orb of raw magic. The cause and effect of a being’s personality. Souls are linked to cognition – Animals have souls, but they’re a different species of soul to thinking mortals, like Flumphs, Orcs, Halflings and Dragons.

Souls are formed in one of the two ‘planes’ that border the outside of reality – called the Positive Energy Plane, to be plain, but also called fancy things like the Radiance, Great Gleam, Doors of Guf, the Beginning Path, the Origin, the Song of Worlds, the White Eel, all that, depending on your local lore of choice. 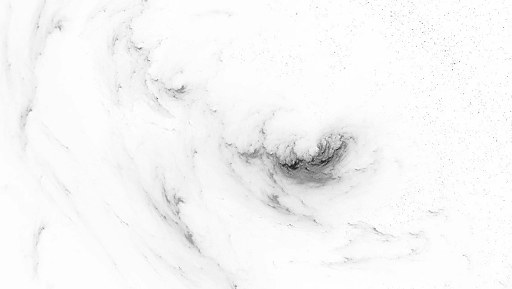 Magic coursing through the Positive Energy Plane forms together, creating a soul, a mote of potential, a space for dreams to grow in. These travel across the Multiverse (often passing through Elysium and the Feywild, the planes metaphysically ‘closest’ to the Radiance) and join a creature at the moment of it’s birth, or shortly after. From there, the soul is the ground upon which personality, cognition and magic grows.

The Guardinals of Elysium consider shepherding souls-to-be their most sacred duty. The Fey usually try and eat them or catch them in nets.

The souls, which are metaphysical more than physical, heed neither protection nor hindrance, not even from the Gods. The Gods take this as something of an insult from a Multiverse larger even than them.

It is only once a soul’s been loaded down with the baggage of a life lived that things like Fiends, Liches and Gods can actually get their arcano-physical mitts on it.

It has been said that, before the Gods, souls simply continued on their way after death, and returned to the other ‘plane’, the End, the Great Void, the Black Eel, the… 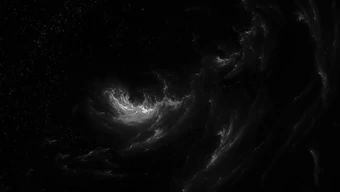 You get the idea. The Negative Energy Plane. There, they dissolved quietly back into raw magic, to flow slowly back round to the Positive Energy Plane, and to once again re-join the original Great Wheel, the Wheel of Reincarnation.

Souls retain some memories of past jaunts through the multiverse, woven into the fabric of the thing, when parts of old souls are bundled together into new.

The ‘Negative Energy’ which is supposedly responsible for necromancy is actually a sort of dissolved soul-slurry drawn from that Plane.

Actual Negative Energy is raw entropy, which doesn’t exactly start making a corpse shamble around, now does it.

Of course, no system exists without flaw.

Souls slipped, quite often, ‘through the cracks’, as it were, on their way out of Reality. Some got stuck in certain planes, and changed irreparably: to the Elemental Planes, the oldest Genies, to the Upper Planes, souls became Lanterns, and eventually Azata, Guardinals and Lammasu.

On the Lower Planes, souls became Larvae, and slowly grew, like a potato rolled under the sink, into Baatorians, Baernaloths and Obyriths.

Some say the eldest of these ancient creatures can still remember the lives they led as Paleolithic hunter-gatherers. Who can say for sure?

This was all before the ascension of the Gods, of course. The Gods arose, from their obscure origins, and decided a few factors:

So, the Outer Planes became Afterlives.

The Gods, assigning (honestly kind of arbitrary) moral categories, began to capture souls heading for the Negative Energy Plane and shunting them off to whatever noodly little afterlife the Gods agree they deserved.

With the new influx of souls, the Gods of the Upper Planes began ascending worthy ‘Lanterns’ into Aasimon (or Archons or Angels, whatever floats your taxonomic water-craft).

Down in the Lower Planes, souls were being used as fertile grounds for the creation of armies.

First, the Baernaloths, ancient kings of Hades, undertook an uncontrolled spree of creation - the most famous result being the Legion of Hell, or Yugoloths, a vast alliance of all the weird bespoke fiend-species that the Baernaloths cranked out. Others include Barghests, Oni, Night Hags, and all those charming denizens of All Hell.

And second, Asmodeus, God of Oaths and Cruelty, created the vicious hive of bug-fascists that refer to themselves as the Baatezu. About one century into their existence, the Baatezu declared war on every other Fiend in existence, sparking the largest war to ever exist, the Blood War.

The Obyriths used the souls they could steal to make sentient bioweapons, primarily to use on each other, then those bioweapons started calling themselves ‘Tanar’ri’ and overthrew the Obyriths. Now only a few Obyriths remain to lurk in dark spaces and abyssal spheres.

The Baernaloths were killed by their rebellious creations (mostly), and the Baatorians were wiped out (with the exception of the Kytons) to get access to the green steel that grew in their bones, to feed the Baatezu warmachine.

Eventually, a Petitioner, a soul construct held in an afterlife, will degrade and fade into the planes after millennia, re-joining the cycle. The main upshots are:

(Some people, such as the Believers of the Source in Sigil, have figured out a way to dodge the Gods, somehow, and reincarnate relatively rapidly– usually with about half of their memories intact.)