If Your Enemy Is of Choleric Temperament (Wizard School: The Warmind)

Wizards of the Nine Hells!

A planned Big Post I never even really started. Here’s a ninth of it: 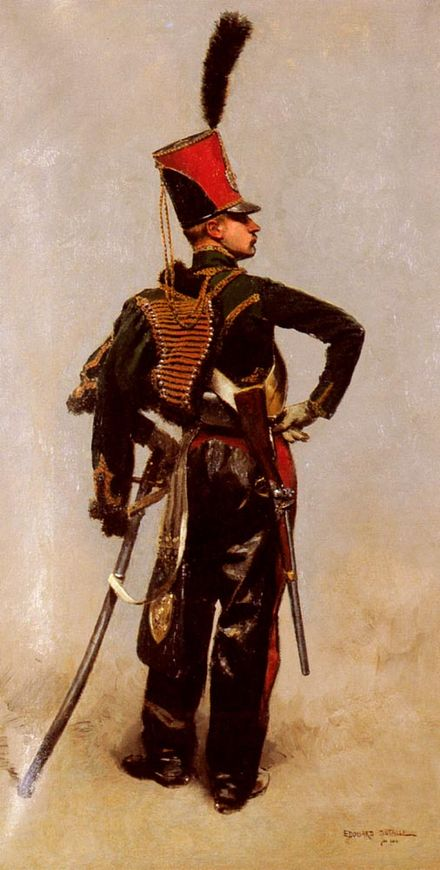 Bel, General of Avernus, is known for having hundreds of incredibly complicated, overlapping schemes, all running at once. As part of one, he commissioned for a mount of stone (on the 66th Upper Aulgham Front of Avernus) to be converted into a wizard’s college, where dropouts, exiles and other wizardly rejects could come to train as disposable arcanists for the Blood War.

He did not expect the Warmind Academy to garner prestige. Advances in tactics and war-magic were made there, alike to nothing in remembered history.

Now, across the Planes and Primes, it is known: to win a war, no matter the size, all you need is enough Warminds.

Perk: You have the to-hit bonus of a fighter.

You conjure hovering shards of metal, gaining [highest] AC for [sum] rounds. This spell can be cast in response to attacks.

With a burst of smoke and a flash of red, you fire a hail of whistling flechettes that deal [sum+dice] damage to a given target, and everyone and everything next to it. Creatures that would be hit by the darts may save for half damage.

An object of your choice is banded in smoking metal, giving it [sum] HP that has to be removed before it can be damaged. This also works on creatures made of inorganic materials, like constructs.

Choose a creature you can see - you produce an illusory copy of them, which is identical in all regards, except it feels like hot iron to the touch. It has 1 HP, and if it is reduced to 0, it explodes, dealing [sum + dice] to everyone within 10ft, save for half.

You send up a glowing illusion of whatever colour you choose, which paints across the sky directly above your head. The skywrite can be made of up to [highest] words and symbols.

You send a message of [sum] words to someone you are familiar with. The words are spoken into their ear, and they may respond with [dice] words of their own.

For the next [dice] hours, the target can:

Up to [sum]HD of creatures you can see have whatever they’re holding wrenched from their hands and flung away from them. Creatures who are aware of you can save to hang onto their equipment.
At 4MD or higher, this instead renders the arms of the creatures numb and immobile.

Ask [sum] questions about the surrounding terrain such as “What land is unstable?” and “Where are the chokepoints?”. Receive accurate answers. This reaches a range of [dice] miles.

Up to [sum] slots of metal explode with terrible force, dealing [slots + dice] damage to everyone nearby. You can set a delay of up to [highest] minutes on the explosion. Sentient metal objects and creatures get a save against exploding. Technically radioactive.

A target area up to [dice]*100ft on a side is reshaped according to your whims. You may dig trenches up to 20' deep, or erect bulwarks up to 20' high. The effect is slow, and creatures in the target area may save to avoid falling or being crushed.

You call forth, from the foundries and factories of the Hellish war-machine, a deadly machine. The ultimate expression of overwhelming Avernian force, it manifests as, basically, a wheeled fortification, with enough interior space for [sum] passengers, [sum] HP, and [dice] of the following armaments:

Dooms of the Warmind:

An imp is deployed to Keep an Eye on You, and it will rat you out as soon as you do anything that the Nine Hells might dislike. If you do something egregious enough, it will even serve as a portal key for the off-the-books kill-squad coming to do you in.

Note: killing the imp is egregious enough to earn you a kill-squad.

A portal rips open - you and everyone around you are dragged to the Nine Hells, where you face a stern talking-down-to from an amnizu and a whole jury of barbed devils. If you fail to adequately explain how your recent actions are contributing to victory in the Blood War, they’ll confiscate your entire inventory.

If your actions are actively contributing to defeat in the Blood War, you’re followed back through the portal by another off-the-books kill-squad.

A Gate opens, and you are pulled through to the Flayed Dolphin Court, on the high burning mesas of Nessus. There, you face a full military trial for egregious misuse of military resources - the defendant’s stand is a burning pit, and the judge, prosecutor and legal counsel are all Pit Fiends, working together behind the scenes.

This is not a trial you will return from (at least, this millennium).

You can avoid your Doom by hiding somewhere portals can’t reach, killing a Demon Lord, achieving High Commission in the armies of the Nine Hells, or by winning the Blood War.

Roll randomly for a body part, and then combine with one of the following elements.