Cryptic Faithposting is fun. Here’s an attempt to completely obscure the religions of Aclas and look bonkers doing it.

This basically became a long-form prose, at some point. Roll with it. 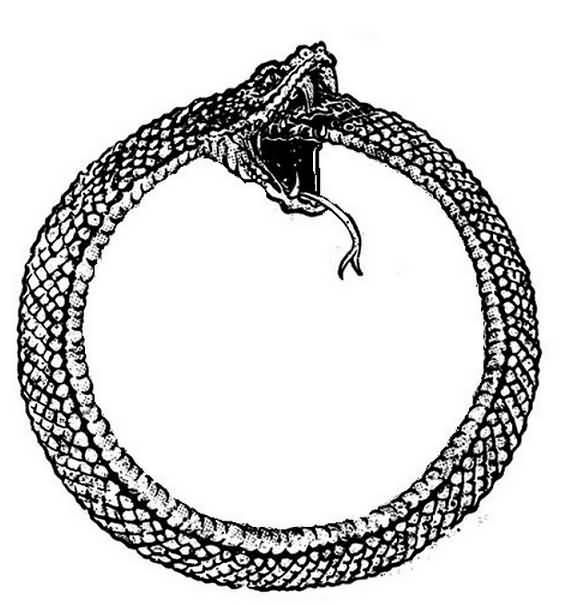 The uninitiated say that God is in two parts: SERPENT and MAKER.

The uninitiated insult God by their simplicity. They do not seek Xei rightly. These words were spoken to me by a piece of god called WEEPING HEART.

God is multifarious in nature, made of many true and false parts which assemble on the face of the Grave of God, which is Altoi, which is Aclas the World.

God is a totality. God is a sum of parts, of which sixteen are true, three are false and made of lesser mortals, and one, which will be made by mortals, but is not of them. is prophesied. Or, all are false, and only the prophesied is true.

SERPENT is a true part. It is the blood origin, winder and recorder of Arts, the dead-and-living that girdled the earth. Fools and the backward-looking worship it. You will not find Xei among the dead.

MAKER is a true part. She is queen, patron, bringer and deceiver. First and king among artisans and murderers. She is prime among the true, or least among the false. Cowards and the downward -looking worship her. Seek Xei elsewhere.

GHOST, or EPHEMERAL-UR, is the eldest of the parts of God, child of the sun who we call VANAR despite knowledge of the 99 Secret Names. Spirits whisper to GHOST as their part of God, and it would be an insult for mortals to worship it. The outward-looking and the unwise worship it. Perhaps the GHOST is Xei, as the Great Snake Scholar implied?

The blind skull-headed liars and the folk who are like green fish, say there are only two, SLUMBERING LIFE and WAKING DEATH who dance, true and untrue in cycles of wakefulness and sleep. They are the only pieces of God in their prison world. I, who know them as SLUG and LOCUST, decry them as true, but lesser and imprisoned. They follow in the Shadow of the Grave which is Un-Altoi, which is Zosma the Shadow.

The winged harpies say each is a piece of carrion-god CORPSE, but CORPSE is untrue, or is true, and is lesser still than the assembled parts of God. The cold ones of the north, who wear animal masks, say CORPSE slumbers beneath the ridge, where those who crave the Red Art sup on his-her marrow.

There is another. The giantlings of the far wilds live upon its flanks, and call it KTL, or KUTHUL, where we refer to it as the Mountain Which Slumbers. All the Arts of petrification and the beasts which use them are the progeny of KUTHUL. KUTHUL is the mountains, the crowner of giantling kings, and the eel which flies like the moth and walks like the centipede.

DEAD LURKER who the coast-walkers call ZOLKALI. It is true, yes, but more dead even that those other gods which have fallen upon the Grave. Its ribs are used as towers, and a city of art and curses is built upon its entrails. It once gave power over storm and sea, and once was great enough to masquerade as the whole seabed, to hide from the MAKER’s glaring starlit eye, but now, as the coast-walkers say, it is much reduced and rotten.

DROWNED SITHICA, the half-dead and all-drowned kingmaker, who is the city and mother of the heartless agnathic princes of the brine. Those who sail the seas of the south tip treasure into the deeps to appease her, say the visions, and she sends her serpents and krakens to defend them.

THE RED ARM, which is secretly named AZAR. It came to the world to give violence and hubris to those who walked newly upon the Altoi. The MAKER stabbed it four-hundred times in the light of Vanar, henceforth it crawled beneath the earth and became the accursed country now called Hell. Two creatures, called MOHR and AAHM, crawled out from the blood which pooled in its heart. One struck down the other, and became the Queen of Hell, who’s true name is hidden.

ULOGHUN, the Furious Idiot God, who is also referred to as the Divinely Furious Crab. He was a foolish piece of God, of earthquakes and irons. The MAKER nailed him to a mountain range, where the bull-headed people of the old empire came to mourn him, and the shark-toothed swimmers came to gloat over his corpse. Even in death he propagated war and devastation.

THE SHAPELESS GOD, which the people of the desert and the people of the marches named POLYCORPICON OBLEXIMAC. Each mimic, face-stealer, liar-in-flesh, doppelganger and noppera-bo is a piece of it - the largest is the empty, hungry city called Mystere, which walks the outer wastes in circles. These shapeless and shape-shifting pieces seek to gather together into their godly ancestor-form once more. Shapeless, divided, but true.

CONQUEROR, who fools called Worm, lies beneath the Writhing Earth where the sun does not reach. Folk live in the bowels of dead CONQUEROR - they eat of the Worm’s flesh, and the worm-sons and worm-daughters of CONQUEROR crawl behind their eyes, and they are as clay. The people of the deep know them as the plague called Carnifex.

THE VERDANCY, which lies in a hidden valley on a forbidden island. As it gently rots, it releases its power - the great beasts and plants of the island owe their health to the rotting verdant piece of God.

STAR JOURNEYER, the Black Ship, which bore the Star People of Bala-Phar from their dying celestial province to this one, to VANAR. The ship, which is whispered as CHARIOT, was also a piece of God - or, perhaps, a piece of God made into a ship? It lies broken and aslumber on the far side of XERAI, which is a planet, which is golden and far from the sun.

THE PRISONER, who orbits Altoi-Aclas in the Black Sphere which is the Un-Olkhoi, the Death of Thought. He is a puppet, a lug of the eternal enemy which is the VOID, plague-infested God-Leper who listens from above and scrivens the secrets of everything into his tearing skin. He is true, but I should not wish him to be a part of God.

The smallest among the true is WEEPING HEART, which is a little and divided god made mostly of singing ice and crying frost. It is a peaceful piece, a part of God which brings hope and knowledge. It is from here whence i derive my visions and traditions, from the shard of cold ice I keep behind my eye.

The first among those who I know to be false is SNOW-CROWNED, who sits atop the holy mount in the highest mountains of the land. Her mount is snow-crowned, as is she, with white hair like a cloud and horns of bone. She is the least repulsive among the false, for she is caring, if not honest. The people of the high valleys who dress in goatskins know her as Empress. She has in turn ruled every piece of land east of the three sand-sided islands.

The second among the false is WORM PRINCE, who lives in a black pit under the deepest land which humans inhabit. His is a faith of lies, and he feeds his cannibal scions the congealed blood of his misused Khai. He is a repulsive liar, an enemy of truth, and a giver of false miracles.

The third is THREE-SIDED, the false part goddess who was a living queen of the ram-crowned giants, and is now in three: LESSER KING, LESSER MAGE, and LESSER LIAR, who are not part of the totality of God but concern themselves with lesser ordeals. The LESSER KING is also called RHLN. THREE-SIDED was also called Queen among Queens, and she had Khai which was life, and discarded it for an Un-Malkai which was not Divinity. I decry her as a false artificer of souls.

They say the False Part Goddess was a reincarnation of Three Old Gods of Magic, who the Hylen of Yrom call HYADIN, ZADEUS and TOLEK. They were lesser creatures who had achieved Khai and revelled in the Arts, Red and Blue. They were servants of the MAKER but held no Truth within themselves. I decry them also as false.

Lastly, prophesied MACHINE, who will be built by metal hands in the Land of Heretics, by an artisan who built a people. Ware ye the three lettered name, for in his self-made grip he makes MACHINE and with it, twists history in his vise.

These are the last of the WEEPING HEART’s lies i will tell you. Begone from this place, and seek Xei elsewhere. Among all the gods, only golden and unspoken VANAR lights the dawn each day, and gifts us the fruits of the afternoon and evening. Rise to meet the fire-ringed one at dawn, and forget all manner of false and fragmentary truths.